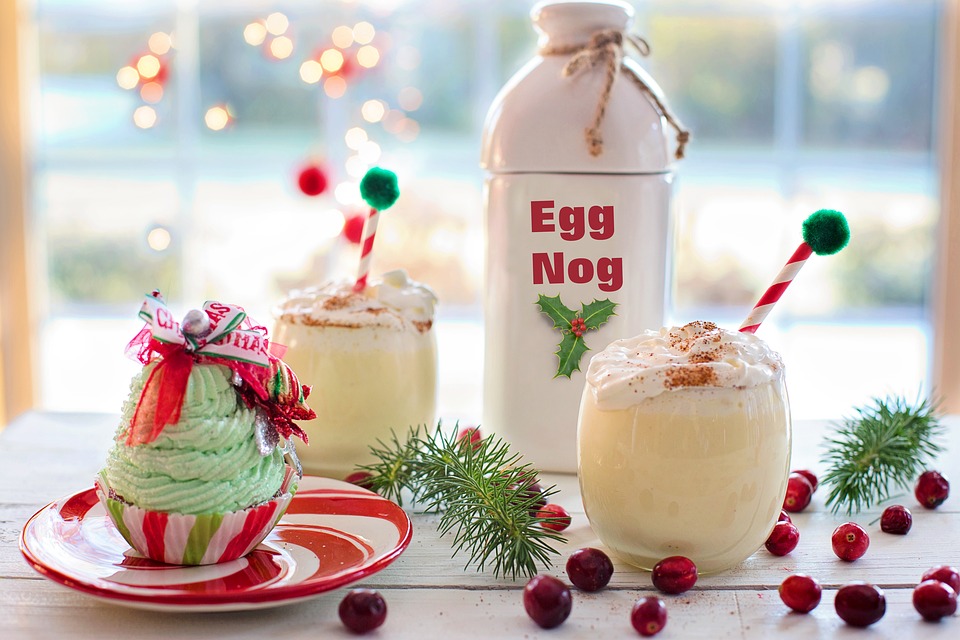 STEP 1
In a medium bowl, beat the egg yolks until thickened. Gradually beat in the sugar until mixture is pale yellow colored, then blend in the milk and 1/4 cup of the cream. Gradually add the rum, cognac and bourbon, beating until the mixture has lost its granular texture.
STEP 2
In a large bowl with an electric mixer, beat the egg whites until stiff, then gently fold them into the yolk mixture. Whip the remaining 1 cup cream to soft peaks and fold in. Chill thoroughly (at least 3 hours or overnight). Sprinkle with nutmeg just before serving.
NOTES
Since the recipe uses raw eggs, it shouldn’t be served to anyone with a compromised immune system. (Pregnant women
and children should avoid it too – but they would anyway!) Make it a few hours ahead and chill thoroughly to allow the wonderful flavors to blend.